“Good news everyone!”   Skiffleboom Productions’ entry into the 48 Hour Film Project, Boston 2012 made it all the way to the “Best of Boston” screening.  On June 20th, 2012, a selection of the “best” competing 48HFP films were screened at the Kendall Square Theatre, where the judge’s awards were announced.  Skiffleboom was awarded the following: 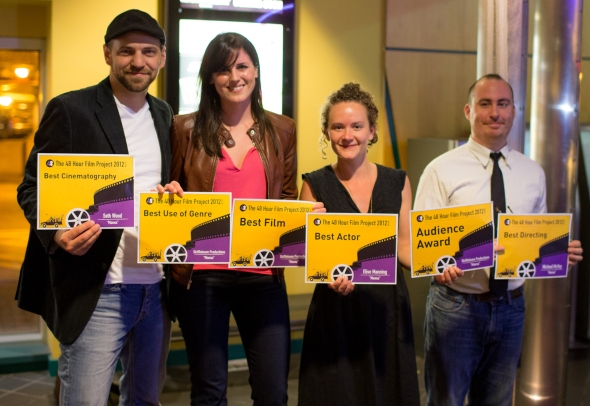 Our team is very humbled—we thank everyone who helped make “Manna” possible.  Special thanks to 48HFP’s Boston Producer Ben Guaraldi and his team, the judges, and the 84 teams who successfully submitted films this year.  We greatly encourage you to explore the 2012 entries and discover for yourself the variety of filmmaking talent and taste of the greater Boston area.

… This is a comprehensive look into our team’s approach to filmmaking under the 48-hour deadline, and provides some first-hand information and techniques for aspiring 48HFP participants.

“Experience is a brutal teacher, but you learn. My God, do you learn.”
― C.S. Lewis 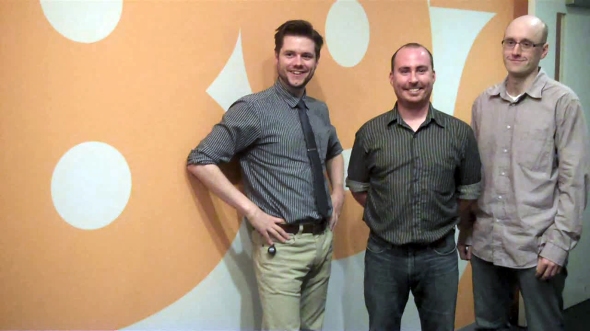 Listen to Michael McVey speak about the 48 Hour Film Project on WGBH, with Edgar B. Herwick III and Mark Green on BOSTON PUBLIC RADIO:

and watch some of Mike’s favorites from Boston’s 2012 48HFP:  http://wgbhnews.org/post/six-winning-48-hour-films

The 48 Hour Film Project is a wild and sleepless weekend in which teams make a movie—write, shoot, edit and score it—in just 48 hours.  We started Friday, 7pm on May 18, 2012, and finished Sunday at 7pm, May 20th.  The competition is screened at the Kendall Cinema in Cambridge and the films are judged by both panel and audience.  Winners progress to regionals.

It was some of the most fun I’ve ever had.  I’ll be making movies for the rest of my life.