The Complete STANLEY KUBRICK Exhibit at LACMA – Skiffleboom.com » Kubrick’s “The Shining” – ESP and the Limits of Reason 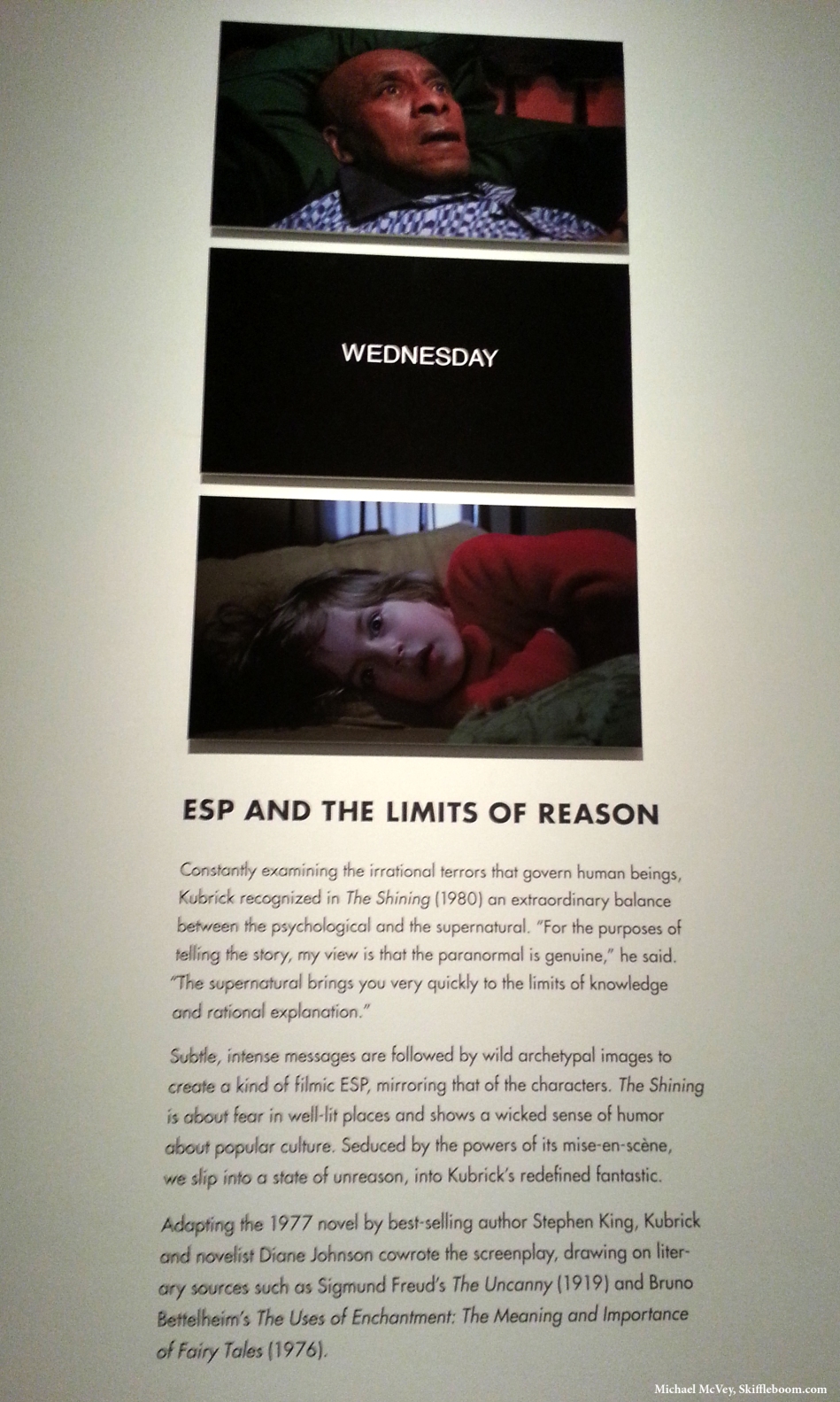 Constantly examining the irrational terrors that govern human beings, Kubrick recognized in “The Shining” (1980) an extraordinary balance between the psychological and the supernatural. “For the purpose of telling the story, my view is that the paranormal is genuine,” he said. “The supernatural brings you very quickly to the limits of knowledge and rational explanation.”

Subtle, intense messages are followed by wild archetypal images to create a kind of filmic ESP, mirroring that of the characters. “The Shining” is about fear in well-lit places and shows a wicked sense of humor about popular culture. Seduced by the powers of its mise-en-scene, we slip into a state of unreason, into Kubrick’s redefined fantastic.

Adapting the 1977 novel by best selling author Stephen King, Kubrick and novelist Diane Johnson cowrote the screenplay, drawing on literary sources such as Sigmund Freud’s “The Uncanny” (1919) and Bruno Bettelheim’s “The Uses of Enchantment: The Meaning and Importance of Fairy Tales (1976).