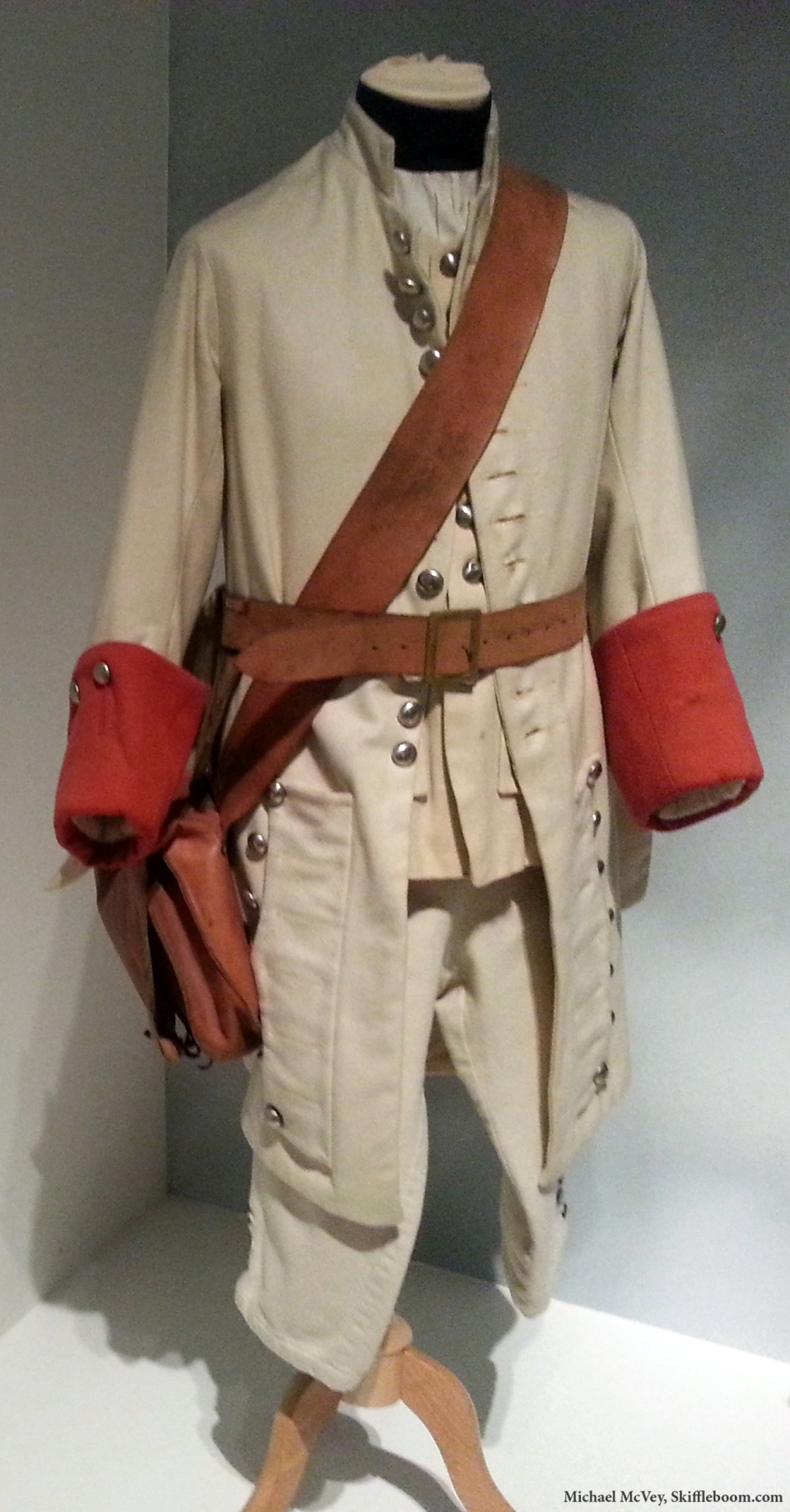 Uniform of French regimental soldiers, original costume
—
Milena Canonero designed the costumes for three Kubrick films: “A Clockwork Orange,” “The Shining,” and “Barry Lyndon,” for which she received an Academy Award.

The story that the costumes for “Barry Lyndon” were all genuine antique clothes is only partly true. Some were antiques bout at auction by Canonero, while others were custom-made specifically for the film, based on clothing represented in period paintings. For the scenes set in England, she drew inspiration from “tableaux vivants” and from the work of Thomas Gainsborough and Joshua Reynolds. For the candlelit scenes, she studied the work of the German painter Adolph Menzel.

Canonero’s work has been honored with numerous awards. She has been nominated for the Academy Award in costume design eight times, and she received the Oscar for her work on “Chariots of Fire” (1981) and “Marie Antoinette” (2006). Additionally, she has designed costumes for theater and opera.

Canonero was born in Turin, Italy, in 1946 and lives in London and Los Angeles.