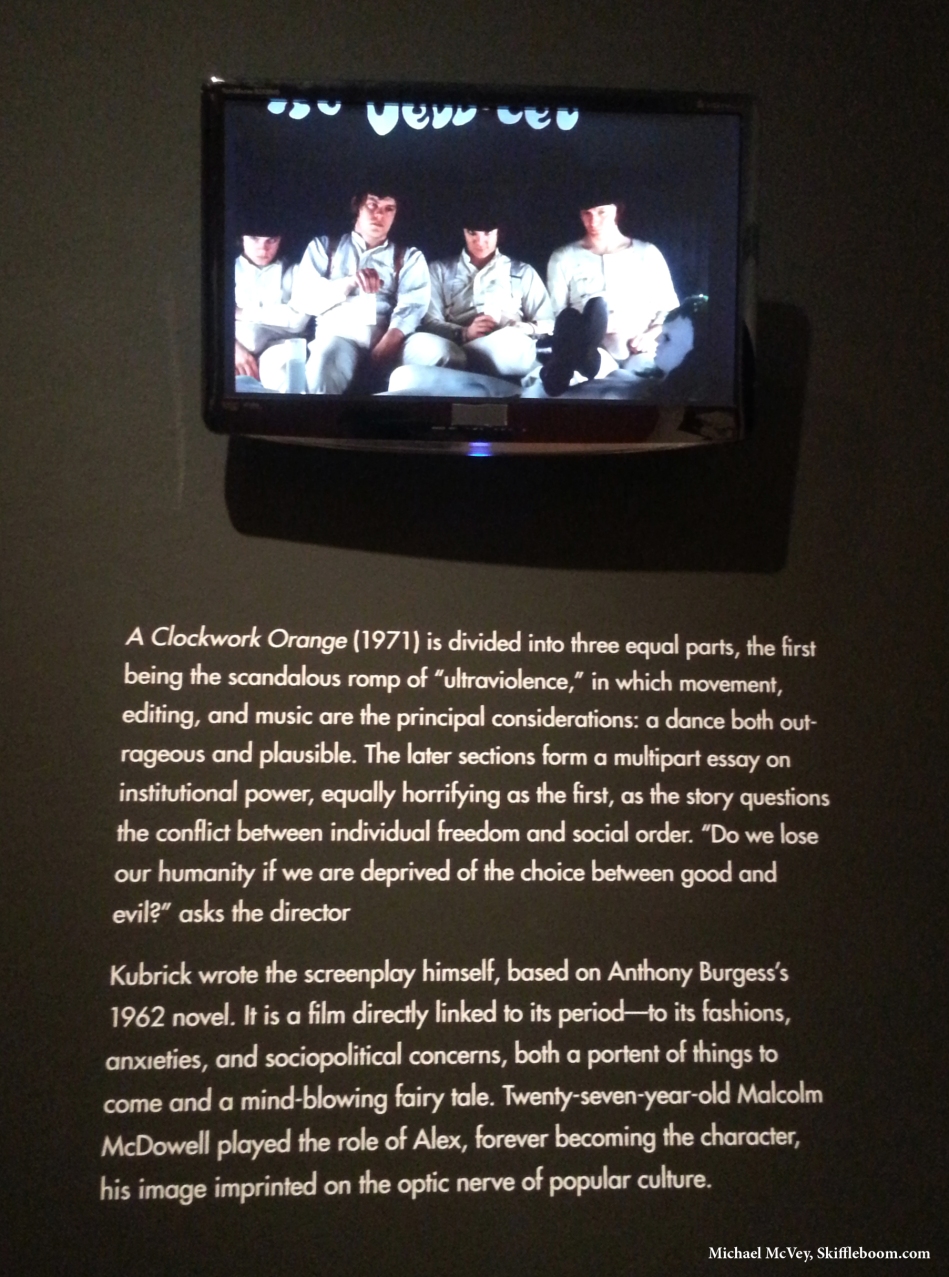 “A Clockwork Orange (1971) is divided into three equal parts, the first being the scandalous romp of “ultraviolence,” in which movement, editing, and music are the principal considerations: a dance both outrageous and plausible. The later sections form a multipart essay on institutional power, equally horrifying as the first, as the story questions the conflict between individual freedom and social order. “Do we lose our humanity if we are deprived of the choice between good and evil?” asks the director.

Kubrick wrote the screenplay himself, based on Anthony Burgess’s 1962 novel. It is a film directly linked to its period—to its fashions, anxieties, and sociopolitical concerns, both a portent of things to come and a mind-blowing fairy tale. Twenty-seven-year-old-Malcolm McDowell played the role of Alex, forever becoming the character, his image imprinted on the optic nerve of popular culture.