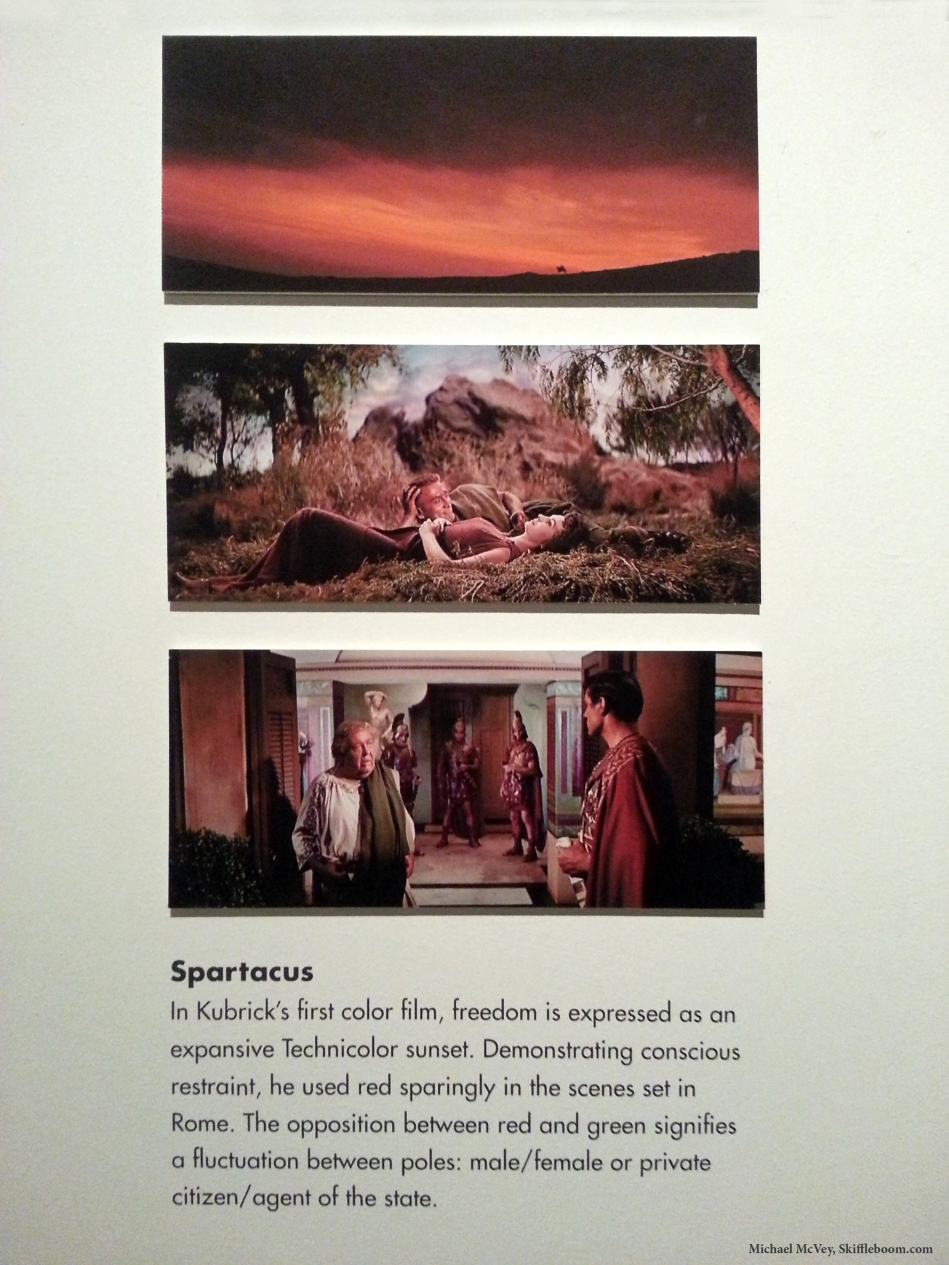 In Kubrick’s first color film, freedom is expressed as an expansive Technicolor sunset. Demonstrating conscious restraint, he used red sparingly in the scenes set in Rome. The opposition between red and green signifies a fluctuation between poles: male/female or private citizen/agent of the state.