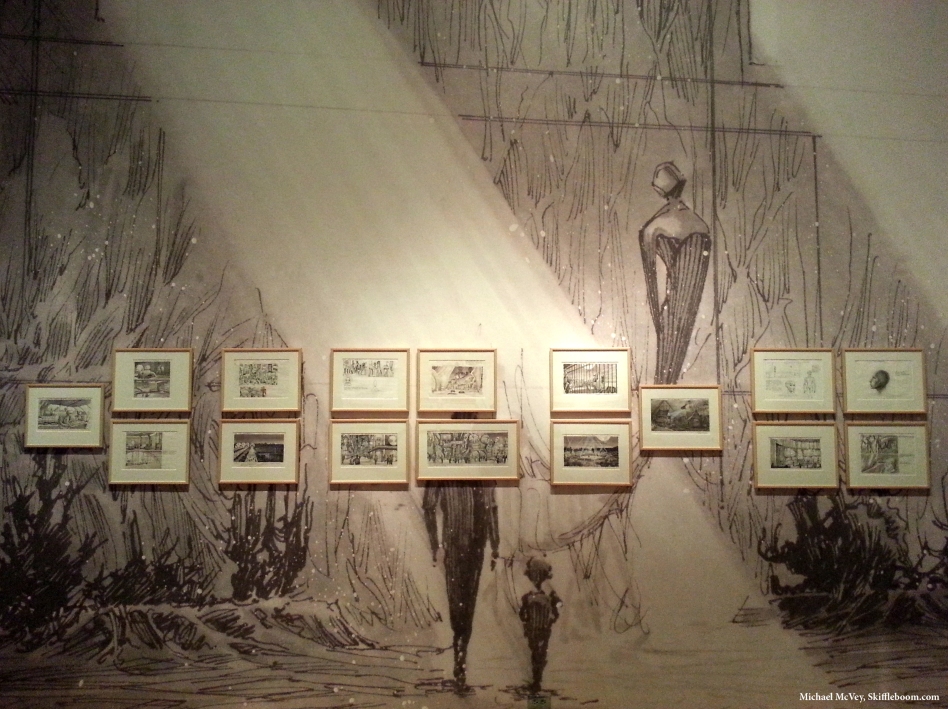 In 1980 Stanley Kubrick acquired the film rights for the short story “Supertoys Last All Summer Long” (1969) by Brian Aldiss but then put the project aside as he could find no acceptable way to produce the fantasy world with its blue child. He felt that computer assisted graphics were on the verge of breakthroughs that would make it possible if he waited a few years. In 1995 several screenplays were written, and hundreds of sketches and storyboards were drawn. In 1999 Kubrick offered “A.I.” to Steven Spielberg, convinced that he would be the better director for the film. Kubrick planned to act as producer.

After Kubrick’s unexpected death, Spielberg, using Kubrick’s screenplay, made the film according to his own vision as director, based on the extensive preparatory work that Kubrick had shared with him. “A.I. Artificial Intelligence” is about the odyssey of little David, a thinking and feeling android. Like Pinocchio, he starts out on a quest for the blue fairy, hoping that she will turn him into a boy of flesh and blood. Only then, he imagines, will his human adoptive mother return his love. The film projects a future society in which robots can simulate emotions so well that these machines can no longer be distinguished from real human beings: a stern look at human nature trapped in envy and vanity, which eventually leads to complete self-destruction.