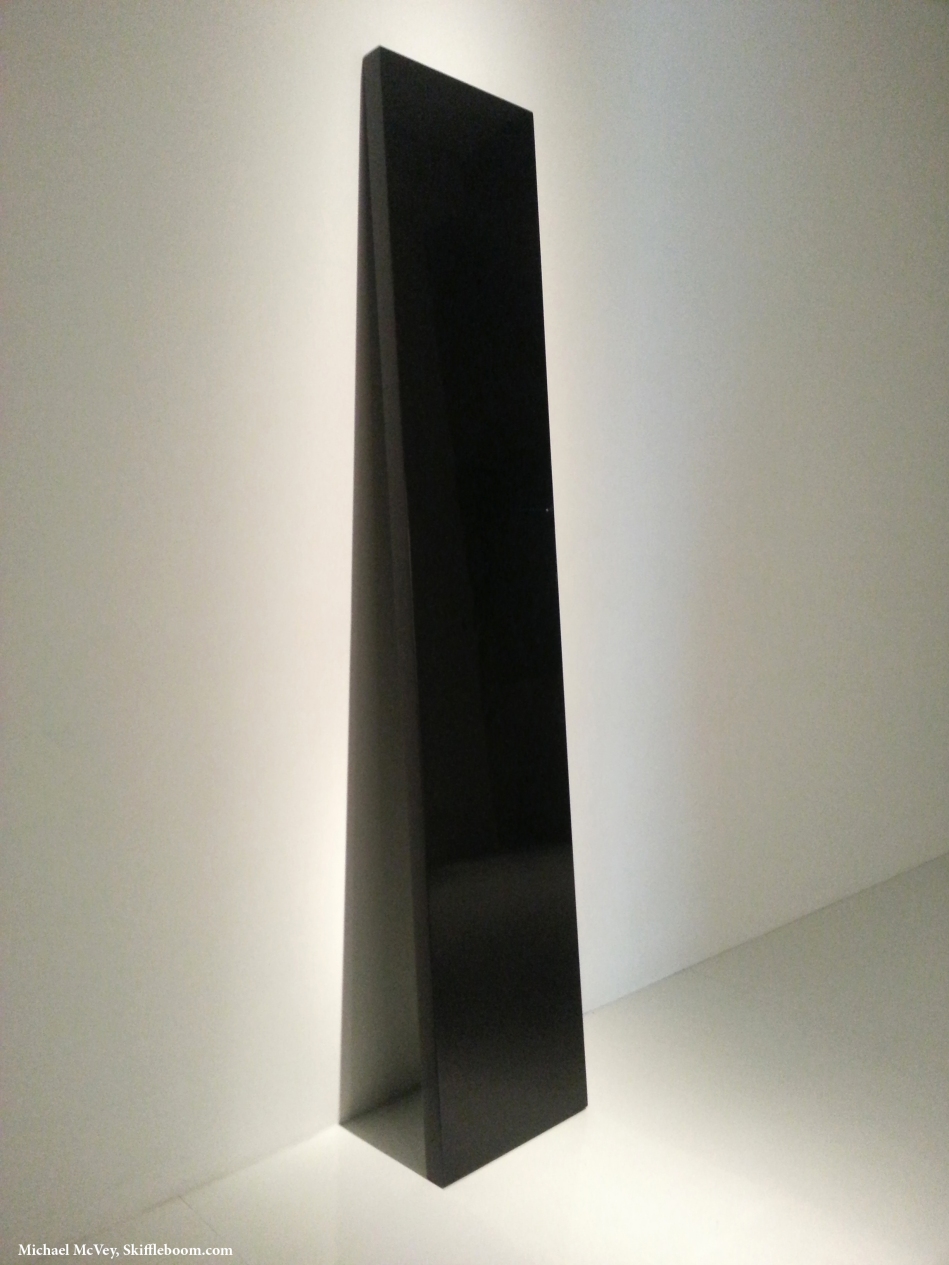 John McCracken was a pioneering figure of West Coast Minimalism in the 1960s. Having begun his career as a painter, in 1966 McCracken arrived at what became his signature sculpture forms: tall pieces of plywood coated with fiberglass and then sprayed with as many as twenty to thirty coats of lacquer. The artist saw his handcrafted “planks” as existing “between worlds,” linking not only floor (the realm of sculpture) and wall (painting) but also matter and spirit, body and mind. Where he differed from other Minimalists was in his belief in UFOs, extraterrestrials, and time travel, a sensibility that informed his work and the reason why an object such as this could have effortlessly inspired the monolith in 2001. As McCracken said: “I’m after a physical object that appears to be nonphysical, hallucinatory, or holographic. Otherworldly, in other words. I want something that suggests the coexistence of more than one dimension or world at any given moment. So the work can exist physically, in our situation, or be imaginary in a dimension where imagination is real.”